Here is you can see great Architecture in Helsinki. It looks like St.Petersburg a bit.
Of course, Helsinki is not the Mecca of tourism. The city can not boast impressive architectural or park complexes. However, there is also a beautiful and unusual and cute place here.
On the way to Helsinki, you’ll find a fascinating spectacle – thousands of green islets finely planted with blue water surface along the coast.

If you forget where you’re going for a moment, you’ll think the Maldives or the Philippines are under you.

Did you know that Finland is the homeland of Moomin? Even if you don’t know, an installation with a huge Moomins right in the lobby will tell you about it right at the airport. It’s very nice and the children are thrilled. Don’t forget to bring soft Moomin with you as a keepsake. You can buy them in Moominshop, they are in the city and the airport.

By the way, it is also very convenient to start a tour of Helsinki from the railway station, which itself is a monument of Finnish Art Nouveau. Almost all sights are nearby, within walking distance. The list is not long and a couple of days are enough to see them all.

The main attractions include the Cathedral and the Senate Square in front of it with the monument to Alexander II. The Orthodox Cathedral of the Assumption, the Church at Temppeliaukio Rock, the fountain of the sea nymph and the old market.

A tourist bus with a tour of Helsinki, a ticket can be bought here www.citytour.fi

If you want to study Helsinki carefully, you should use the Helsinki Card. This is a very convenient card for tourists, which includes a lot of useful things, including transport and entertainment www.helsinkicard.com

A very convenient site in order to understand the cost of travel in different modes of transport and see the transport zones of the city www.hsl.fi. Here are ticket sales points as well.

Here you can optimize your route around the city www.reittiopas.hsl.fi

The most popular ferries from Helsinki across the Baltic Sea. To Tallinn, Riga, Stockholm, etc. www.tallink.ee or www.vikingline.com

Information and ticket prices for Linnanmäki amusement park can be found here www.linnanmaki.fi

Inexpensive, comfortable budget hostel with breakfast in Helsinki. There are double and triple rooms here www.booking.com

What really strikes in this Northern Capital is the abundance and variety of flowers in parks and flowerbeds. Such combinations and variety of colors could only appear in a country where the harsh climate makes people feel the value of every living plant. As architecture in Helsinki as well.

Stuff you must have in Helsinki

Pocket Interpreter to Finish to be confident in markets shops and taxi.
Raincoat to fill dry in autumn.

If you are traveling with children it is worth visiting the Linnanmaki amusement park and the aquarium. One ticket for one attraction costs 9 euros, if you take a subscription, it will be cheaper, in addition, with a subscription the entrance to the aquarium will also be discounted.

One of the popular attractions of Helsinki is the Ferris wheel on the Baltic seafront. Did you know that there is a VIP cabin with leather armchairs and champagne, and a sauna cabin (it can be seen in the photo) I have never imagined such a thing before? I can still understand the VIP cabin, but the sauna?? How? What for?)))

It is also recommended to visit the sea fortress Suomenlinna, you can get there either by tour or by city ferry yourself.

Prices in Helsinki are very high even in supermarkets. The only way to save money here is not to eat or drink 🙂 or relax and have fun. To make it clear –  a bottle of water 2.80 euros, bread – 2 euros, beer in the supermarket 3 and so on. True yogurts are cheap, from 25 cents.

Choosing something to eat is very difficult, you do not understand what you take 🙂. That is why you better take care of pocket interpreter. In addition to the supermarket we took food on the waterfront, there are a number of points with street food with tables under awnings. The menu at all points is about the same, small fried fish smelt, squid, potatoes, vegetables in different configurations – from 8 euros per serving. The complete set on 4th photo cost 12 euros. There is also soup with salmon and potatoes for 8 euros, the soup is very tasty.

In the supermarket, by the way, you can buy it already ready, you only need to heat it in the microwave, the price is ridiculous – 1.7 euros. On the penultimate photo package from this soup, do not confuse.

Also on the seafront, there is an old covered market that is both a landmark and a place where you can eat and take food with you. Prices are impressive of course (see photo), but the salmon is worth it. In addition, many products are additionally signed in English, there is a chance to understand what you are taking.

If you get bored because of poor architecture in Helsinki or if you want extra adventure, I highly recommend taking a mini ferry cruise and going to Riga, Tallinn or Stockholm. A trip to Stockholm will take you two days. Price from 80 euros per cabin for 2-4 people, the ferry offers a lot of entertainment: bars, shops, restaurants, and spa, as well as a children’s room for children, so you won’t be bored.

A similar tour to Tallinn will take 1 night and cost from 30 euros for the entire cabin, and if you get discounts then from 10 euros. We have chosen Tallinn and we have never regretted it, which I will tell you about in the note about Tallinn. Tallink is a ferry company.

King Gustavus Vasa of Sweden founded Helsinki at the mouth of the Vantaanjoki River in 1550 to compete with Tallinn for the Baltic Sea trade. The city grew slowly, however, and the centre of Helsinki was moved to its present location in the 1600s.

In 1748 Sweden started building the Suomenlinna Sea Fortress off the coast of Helsinki to withstand the growing threat from Russia. The massive project brought additional wealth, residents and traders to the city. Russia conquered Finland in 1809. Three years later the status of Helsinki was raised to the capital of the autonomous Grand Duchy of Finland. A monumental plan of the city in Empire style was developed, reflecting the power of Russia and the Tsar. Finland became independent in 1917, and Helsinki took on a new demanding role as the capital of the young republic. Urban planning was characterized by classicism and functionalism. Having recovered from the hardships of war, Helsinki hosted the Summer Olympic Games in 1952. The Games created an international reputation of Helsinki as an efficient and friendly host city.

Helsinki is recognized as a city where many different views can interact in a constructive atmosphere. Many international summits have been held in Finland Hall, including the 1975 Conference on Security and Cooperation in Europe. Finland became a member of the EU in 1995. Finland held the EU Presidency in 1999 and 2006. Also in 2006, Helsinki hosted the ASEM6 Summit, the largest meeting held in Finland to date.

Helsinki was one of the nine European cities of culture in 2000. Helsinki gained additional international cultural fame after successfully hosting the Eurovision Song Contest in 2007. A few years later, Helsinki was chosen as the World Design Capital for 2012. In 2014, Helsinki was awarded the Status of Design City as part of the UNESCO Network of Creative Cities.

In 2018 Helsinki is one of the fastest growing cities in Europe.

Visiting Instanbul- the center of all religions. 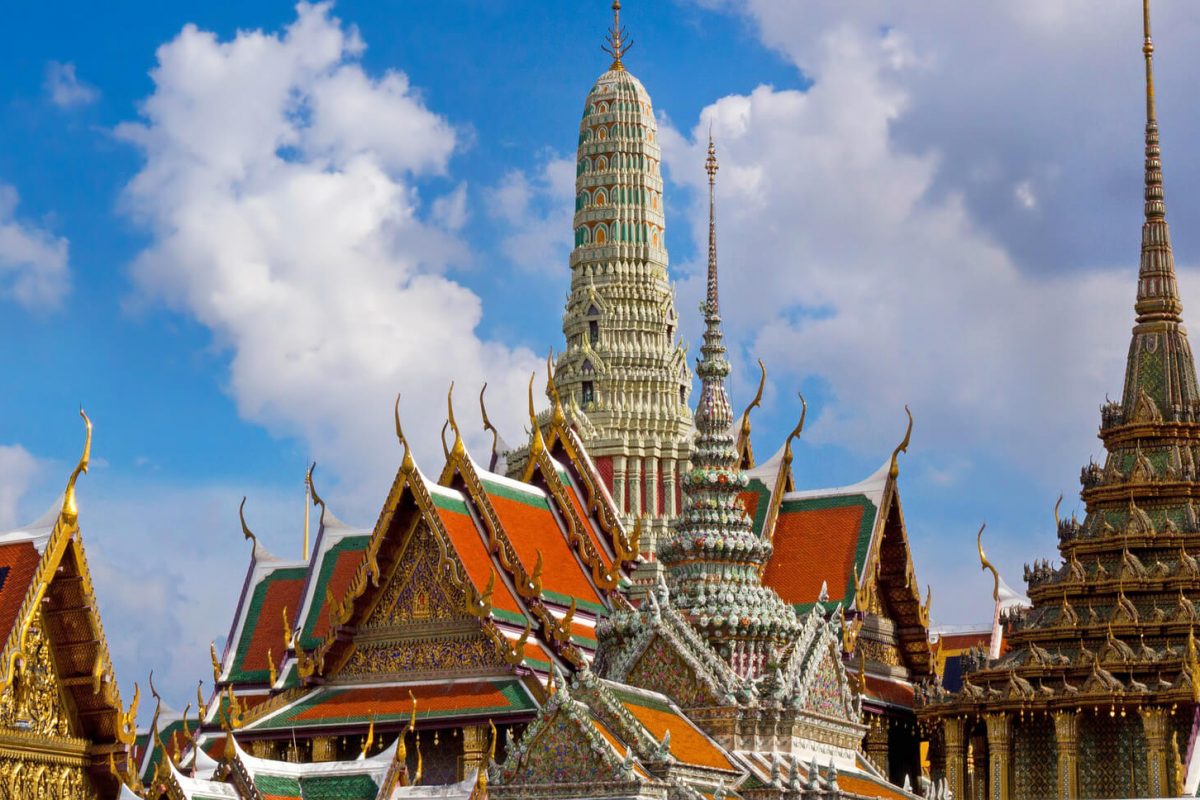